Helicopter installation of a 19m flagpole near Oslo

Carl C. A/S managed the complete delivery and installation of a 19m flagpole near Oslo for a major Norwegian telecom operator. The tower is designed to accommodate two telecom operators and transmits GSM and UMTS. This provides the mobile cover in great demand in inner Oslo Fjord, which has long been wished for by valley residents and not least by ferry passengers travelling to and from Oslo.

The flagpole had to be installed on the small island of Drøbak, in Oslo Fjord. The island can only be reached by a small boat, and it is only possible to move about on the island on foot, or at best by ATV or bicycle. This meant that the assembly of the flagpole was on the mainland near Drøbak, after which the flagpole was flown to the island by helicopter. The flagpole is solidly grounded by a steel adapter to a large concrete deck. A technical building on the deck was previously used by the Norwegian Military and before that the island was an observation post. All the technology required for commissioning the antennas is found inside this building.

The project was very successful and on schedule, and it serves as a fine example of how Carl C. also performs tasks of a slightly unusual nature. 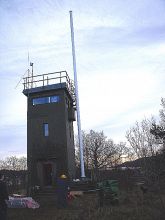 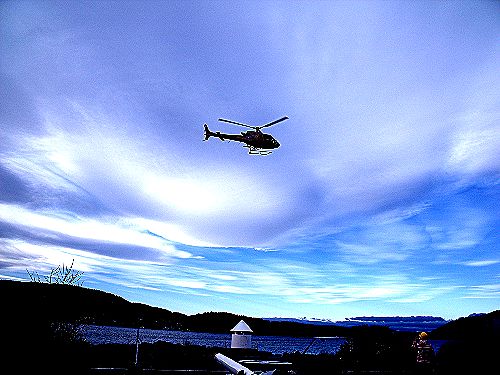